A trip down memory lane

What has the placid small town of St. Vith in the Belgian Eifel region to do with Berlin? A trip down memory lane is needed to find out.

The Ortsstraße crosses the former Rathausstraße (the current lower Hauptstraße) and the Pulverstraße in this part of town, known in the local variety of Low German as “dän Ort” [the place]. The beer wholesaler Hubert Theissen was located here before World War II. The Buschmann family lived next to his property. Hubert’s son Rudi inherited the property.
After the war, he worked as custodian in the Manderfeld Monastery, where he rendered outstanding services.

Local legend has it that Rudi Buschmann studied law in Berlin for 20 years. The ‘Berliner’ as he was known here, never applied his studies in practice. He had won celebrity status as an ‘eternal student’. His property on the Pulverstraße was still known as the ‘Berliner Hof’ [Berlin Court] in 1930. 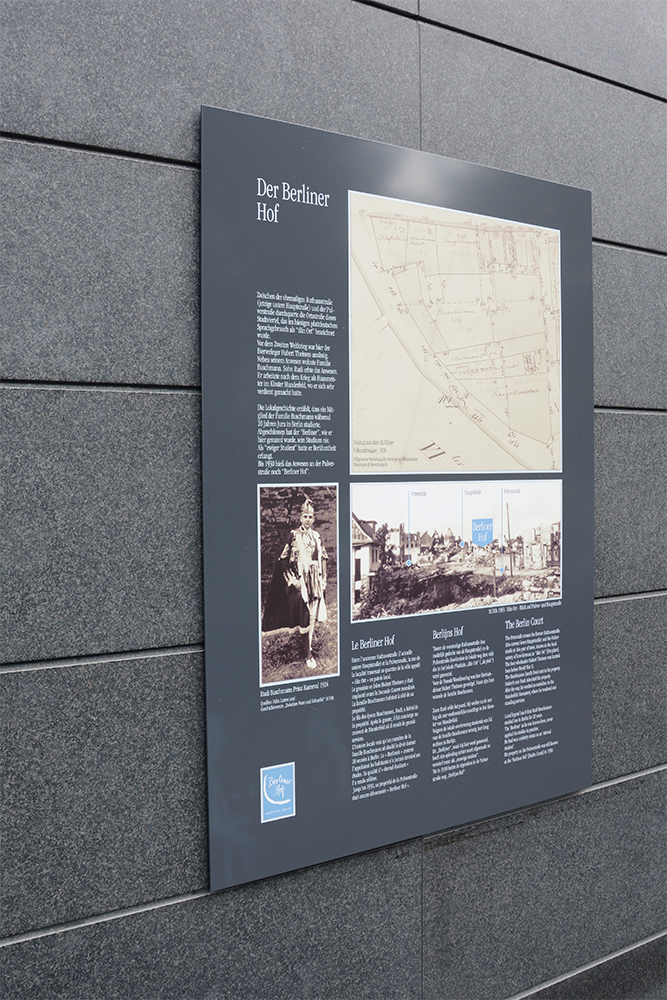